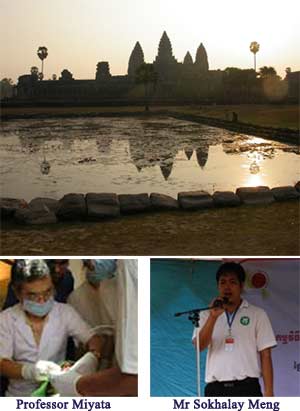 Mr Sokhalay is a local coordinator as a responsible person of the follow up project in Mondulkiri that had been implementing by JICA grass root partner-ship technical support from 2011 to 2013.

His newest report from Mondulkiri as follow up state. ⇒Feb 2014 Report.pdf

Over 360 dentists before civil war became…

Only 6 dentists survived after civil war over.